AI in Pharmaceuticals and Healthcare: Industry Use Cases

AI in the pharmaceutical and healthcare business is a topic that’s both well-researched and deemed to have a high potential for disruption.

A recent analysis by Accenture concluded that when combined, key clinical health AI applications can potentially create $150 billion in annual savings for the United States healthcare economy by 2026.

Another study revealed that 40% of respondents from the pharmaceutical industry confirmed that their organizations had already deployed AI.

Machine learning algorithms’ ability to analyze large sets of data and discover meaningful patterns makes it a perfect match for the pharma industry.

Pharma and medicine are data-rich disciplines. When it comes to analyzing medical data, patient classification, image analysis, genetic profiling and drug discovery and sales, no human agent can compete with powerful and highly intelligent machines. However, the data can be complex and easily misinterpreted.

There are many potential use cases for AI in the healthcare industry, ranging from patient treatment to facilitating the R&D process. Looking at this field, we see the healthcare and pharma industry benefiting from AI in the following areas:

Drug discovery is becoming increasingly competitive and expensive. In spite of technological progress, the cost of developing a new drug doubles every nine years.

The situation has driven the leading pharmaceuticals companies to search for new methods to reduce their R&D costs and avoid costly errors.

In 2017, many big pharmaceutical companies partnered with AI start-ups. To name a few, UK-based AstraZeneca teamed up with biopharma company Berg to find biomarkers and drugs for neurological disease; and California-based Roche subsidiary Genentech partnered with GNS Healthcare, to use its AI platform to analyse oncology therapeutics. The company aims to use machine learning to convert high volumes of cancer patient data into computer models and use these to identify new targets for cancer therapy.

According to Anthony Barnes, chief science officer at Bionometrix, a lot of the present use of artificial intelligence is focused on predicting the efficacy and safety (and a number of other variables) of a given molecular form in a given biological system.

Another widespread deep learning use case is the repurposing of drugs. Computational work in this domain aims to identify new potential use cases for existing drugs or late-stage drug candidates.

Unlike human agents who might be biased while forming hypotheses too early, deep learning algorithms are able to test new theories when given the right input. Intelligent algorithms can also identify molecules that have failed in clinical trials and predict how these same compounds could be applied to targeting other diseases.

Insilico Medicine, a bioinformatics company, has applied AI to predict the therapeutic area of new drugs before the drug is tested. The program takes in a large amount of data from human cells exposed to current drugs and compares the results to current developmental drugs. In some cases, the program is able to identify secondary therapeutic areas that researchers did not initially consider.

A recent comparison of genomics with social media, online videos, and other data-rich disciplines suggests that within the next decade, genomics alone will equal or surpass the volume of data generation and analysis compared to other fields combined.

Finding and selecting successful new drug molecules is a data-intensive task due to the large extent of what is known as “chemical space” – the entire catalogue of potential pharmacologically active molecules, estimated to be in the order of 1060 molecules.

While data science is far from developing self-sufficient algorithms that are able to conduct the R&D process, there’s a lot of potential for helping and empowering human agents working in this field.

When it comes to drug manufacturing (and sales), factors such as seasonality, weather, and air quality can significantly affect the consumption and sales of specific drugs.

Machine learning can help forecast and prevent over-demand and under-demand, possible supply chain problems, failures in the production line, and much more. For pharma companies, this could mean substantial savings across their production and logistics processes.

Using relevant background information like the environmental data and the movement of people, it is possible to predict where the need for specific kinds of medicine is increased.

This allows pharmaceutical companies’ sales teams to improve their efficiency and to provide medical institutions/patients with the medicine they need when and where they need it.

AI use cases in the pharmaceutical industry include predictive analysis, time-series predictions, and recommender engines, allowing for reduced research costs and a better overview of where to target sales.

In healthcare, patients are diagnosed based on symptoms, the results of certain diagnostic tests, historic data, and other factors. Based on this information, a physician will assign the patient a corresponding treatment.

There are situations where a diagnose is dependent on thousands of different data points.

Naturally, there is no one algorithm that can flawlessly diagnose any disease. Diagnostic assistance is used for assisting the physicians in real-time by either data retrieval or diagnosis recommendations. There are also several companies providing a prediction service for identifying most at-risk patients.

AI-enabled image recognition is applicable to finding diabetes by looking at retinal images or detecting anomalies in heart activity, and many other areas where there’s a need to detect specific objects/diseases/anomalies.

In medical imaging, there are already a handful of highly accurate classifiers that are comparable to clinician performance. For a comprehensive overview of deep learning achievements in this field, we recommend that you read this recent study.

In radiology for example, where the task of the physician is to diagnose a patient using medical imaging, computers have been taught to identify pathologies from such images at either a comparable or, in some cases, even higher level than human doctors.

In line with the rapid growth of scholarly publications and electronic health records (EHRs), there’s an increasing potential to apply machine learning to biomedical text mining.

In December 2016, IBM announced that Pfizer would be one of the first organizations to utilize the Watson for Drug Discovery cloud-based platform. To provide context, the deep learning program has accumulated data from 25 million Medline article abstracts and 1 million medical journal articles (a human researcher can read 200-300 articles in a year).

The potential use natural language processing use cases in biomedicine include:

While further progress has been made in using deep learning for clinical decision-making, another challenge remains: it is generally a lot easier to predict an outcome than to suggest a solution to alter that outcome.

To this end, a branch of data science called process mining has been utilized with quite a bit of success. For example, conducting a large-scale analysis of thousands of patient’s medical histories to uncover optimal treatments and eliminate inefficiencies in the treatment process.

Over the next decade, we will see increased use of micro biosensors and devices, as well as mobile apps with sophisticated health measurement and remote monitoring capabilities. The personalized data available from these sources can significantly improve R&D and treatment efficacy.

There are already some AI-powered consumer-operated diagnostic and monitoring devices on the market, including a smartphone device that captures images of the ear canal and sends them to a physician for a diagnosis. High-end smartphones also incorporate built-in heart rate monitors.

Nearly 55% of US consumers in a recent survey said they would be very or somewhat likely to consider using an at-home test for minor skin conditions, and 47% would consider using a phone attachment to diagnose an ear infection.

Most consumers are ready for AI-enabled healthcare devices – Image source

By analyzing large sets of clinical data, there’s an opportunity to uncover treatments that bring the best results at the lowest costs. Coupled with personal daily health data, the results could be even more efficient. This goes as far as optimizing the time that individual patients should stay at hospitals or when they should visit a specific doctor.

When it comes to applying AI in healthcare, or whatever industry for that matter, we have noticed that best results appear when companies include domain experts already in the early phases of data projects.

Domain experts hold an important role in designing networks to represent data appropriately, contributing expert knowledge and assessing success or failure. When it comes to deep learning projects, knowing what question you want to answer is the most important issue to be solved.

Moreover, companies need to be aware that AI requires a lot of data and not all datasets comprise clean data ready to be analyzed. If your data is messy and unlabeled, you will first need to clean it up.

In healthcare, another pressing issue is data governance. Medical data is still personal and not easy to access, and all data projects in the space must take this fact into consideration. 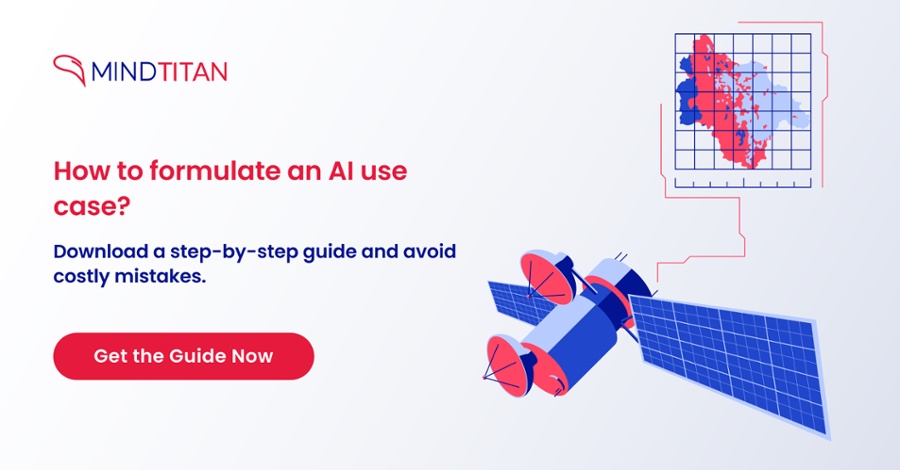 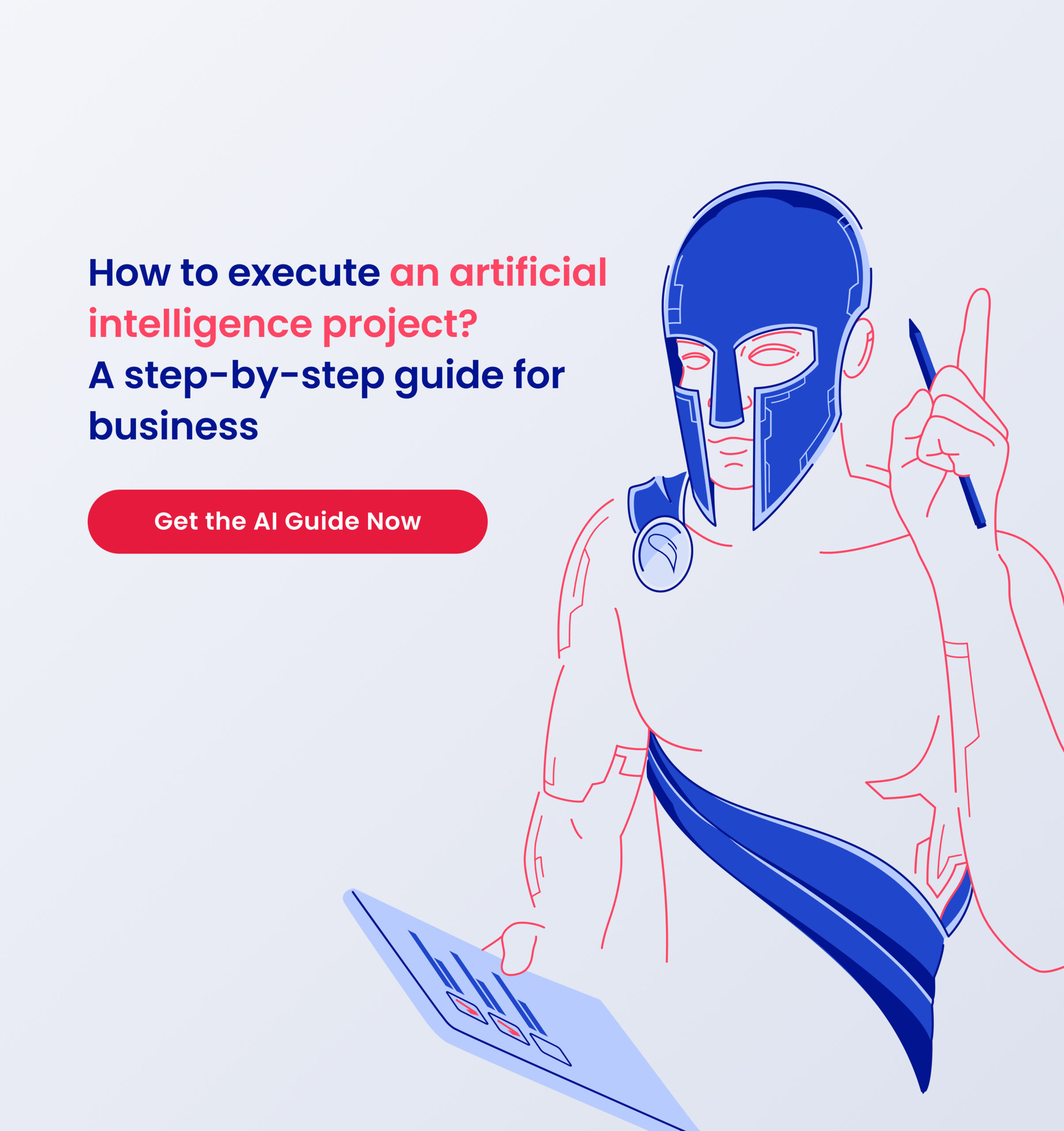